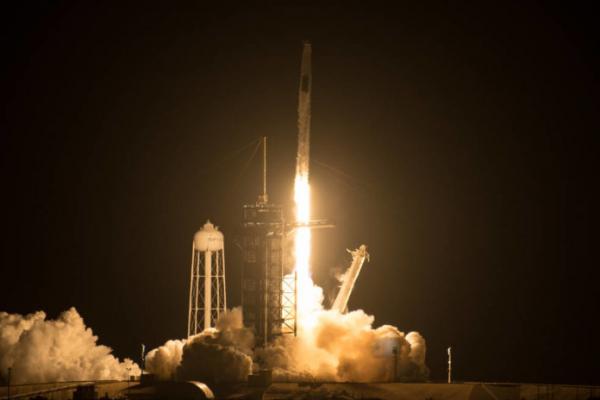 tweet SpaceXs Falcon 9 spacecraft, part of Cape Canaveral in the dawn of 23 April towards the ISS, taking the Crew capsule Dragon with four astronauts.

The launch occurred after a postponement due to weather conditions.

For the first time ever, the Crew Dragon space capsule is part of a European astronaut.

NASA announces program to take first woman to the moon in 2024 Astronauts have succeeded in growing lettuce in space Falcon 9 took off from Kennedy Space Center in Florida, United States at 5:49 local time after the launch was postponed for one day due to adverse weather conditions.

It became the third manned flight of a spaceX space capsule, a private company run by American tycoon Elon Musk.

The crew of this mission will stay at the station for six months, where the Crew Dragon is due to dock this Saturday (24) in the morning.